How to have more prospects call you than you have to call.

Dealing with an association? There are certain “magic words that work,” and these will be yours as part of the class.

Four essential rules for working with an association. You will learn all four, including how to protect yourself and how to make them happy and how to avoid paying “juice.” It’s a step-by-step list.

Where to get leads (besides Compline). This class will show you 10 ways to develop a lead generation program with real life examples

You will learn how to choose an insurance carrier, how to negotiate everything with them, and how to avoid serious pitfalls. One story says it all.

“Now that I know how to do this I can't believe I haven't.

I hope my competitors don't see this class." 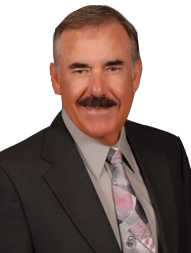 Former agency principal Jerry Nisker is a guy who’s really done it. When he says it works it’s because he’s tried it and when he says it doesn’t it’s because he tried that too. Now retired and teaching others, he’s developed “from scratch” several niche-marketing programs. His last program developed over $1.4 million in annual commission income. Jerry is an old time style agency who’s been there done that and who tells some captivating stories along the way.

Join Jerry for this 2 ½ hour DVD webcast – you’ll learn and be glad.

Compline Members get an automatic 10% discount